Cruises that visit or depart from Athens sail to the Greek Islands and Mediterranean and a few visit the Black Sea or the Middle East. Athens also is a starting point for some trans-Atlantic repositioning cruises.

Upon arriving in the birthplace of Western civilization, head to the Acropolis, the 7-acre rock formation that’s home to the Propylaea, Erechtheum, Parthenon and Temple of Athena Nike. Nearby, the Acropolis Museum features exhibitions dedicated to these monuments and offers views of the city. Guided excursions may visit the Temple of Olympian Zeus; the Theatre of Dionysus, possibly the world’s oldest theater; and the Panathenaic Stadium, site of the first modern Olympics. Occurring every hour on the hour, the changing of the guard ceremony at the Monument of the Unknown Soldier is a spectacle worth seeing. Food tours entice with Athenian delicacies such as olives, feta cheese and baklava. 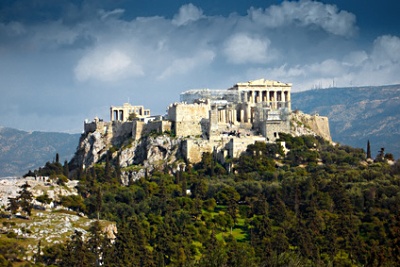